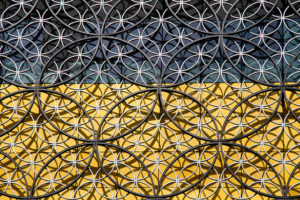 The nature of our work as project evaluators is that we can’t always easily talk about our findings as the audience for reports is often limited to immediate stakeholders. It was with this in mind that we were particularly excited about working with Birmingham City Council’s Cultural Development Service – not just because we would be evaluating their BAME arts development programmes and providing insight to impact on the shape and future of such funding, but because this work would culminate in a dissemination event aimed at the Birmingham cultural sector.

Following the closure of Newtown Cultural Project (trading as The Drum), Birmingham City Council (BCC) Cultural Development Services launched a series of arts development programmes, co-funded by Arts Council England. M & E Lab’s involvement started in April 2018, exploring those programmes following the closure of the Drum, as well as the benefits of such funding to ‘live’ projects throughout the year. We approached this research in a variety of ways, including interviews, observation of projects and online ethnography – the methods are further detailed on our site. Our interim findings were well received in the summer by the Council, allowing them to take on board some immediate recommendations, but it is at our April 4th dissemination event that we will really be able to delve further into the rich detail of our work, in a format that encourages discussion and input from Birmingham’s cultural sector.

To find out more about the event, and book a place, go to the Eventbrite page. We hope to see you there.

Working with someone new, for critical distance